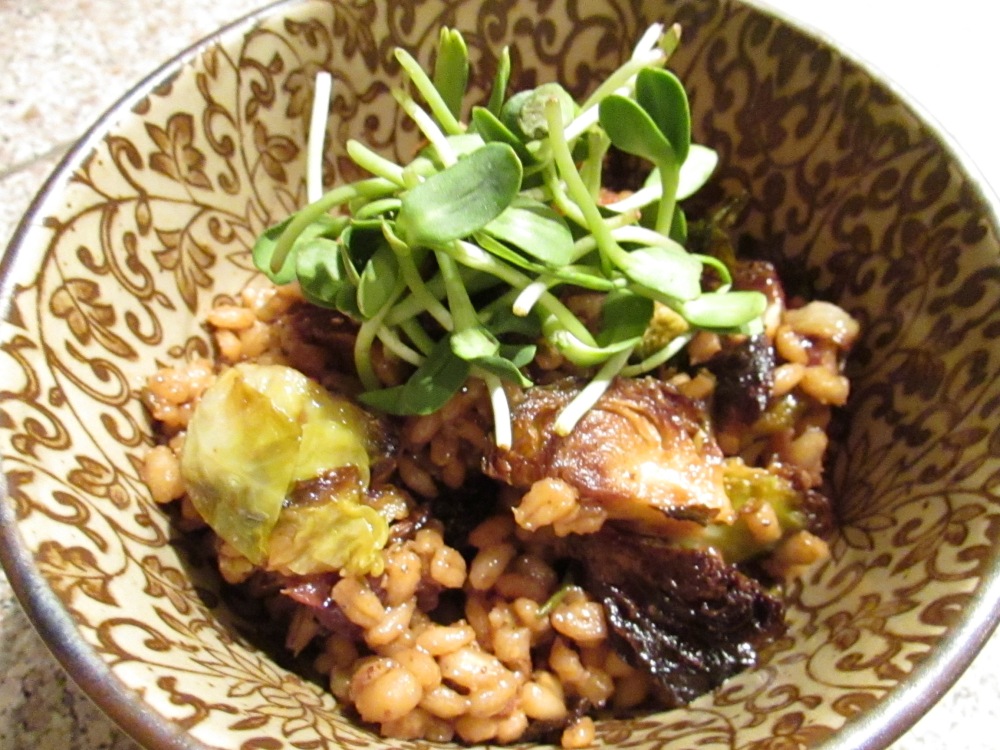 Next week is our 5 year wedding anniversary so we decided to enjoy a Smoky Mountain Thanksgiving to celebrate. However, the idea of being away from my kitchen on Thanksgiving this year has had me craving those traditional flavors for a couple of weeks now. Memories of waking up bright and early to pat the brine off my turkey, the savory aroma of it slowly roasting in the oven, the mouth watering effect of chopping fresh sage for my cornbread dressing, Amy’s fresh cranberry compote simmering on the stove while she preps her scrumptious Parker rolls has made Thanksgiving such a special holiday for the two of us over the years. We love cooking together in general but usually spend a few days prepping for our Thanksgiving meal. It’s truly an event, even if it’s only the two of us at the table and quite a few years it has been. So we’ve had the space and time to develop a solid tradition together, which is very precious to me. It’s probably why we picked the holiday as our wedding date. So to help ease these emotional cravings of mine, I decided on a warm Brussel Barley salad spiked with maple, fennel, perfectly toasted pecans and dried cherries for dinner Tuesday night. This recipe was a healthy compromise to stuffing, and although vegetarian the addition of the fennel seed and maple syrup gave the dish the illusion of being meaty. This warm salad makes a perfectly light and comforting side dish to your roast turkey and is even hearty enough to stand on its own as a main entree for vegetarians. If you omit the tab of butter it could be vegan as well. Whatever your plans for the holiday, just remember a family that cooks together, stays together.

Method: Gently combine the ingredients in a mixing bowl and if desired, transfer to a serving platter. Garnish with a generous amount of Sunflower sprouts.

Note: I added chopped fresh baby chard, spinach and beet leaves along with a bit of diced Daikon radish to mix up the leftovers for my dinner last night and the additional garnishes were delicious. So it seems you can’t go wrong with whatever raw vegetables or sprouts you can imagine to sneak into this salad.

Preheat oven to 350 degrees. Line a baking sheet with foil, set aside. In a small saute pan, gentle warm up the EVOO over a low flame. Once the oil begins to shimmer, turn off the heat and add the remaining ingredients and stir slowly to dissolve a bit of the salt. Toss the Brussels Sprouts in the warm oil in a mixing bowl and then spread evenly on the baking sheet. Roast the Brussels in the oven until they are tender and the edges have crisped. Remove from the oven and set aside to cool.

juice from 1/2 an orange

Method: Over a medium high flame in a medium sized sauce pan, bring the two cups of water to a boil. Once the water is rolling, stir in the bouillon, butter, salt and pepper and stir until dissolved. Drop in the barley, dried cherries, and rosemary and reduce the flame to a simmer. Slightly cover and continue simmering the barley until all the water has absorb and the barley is tender about 25 to 30 minutes. Once tender, turn off the flame, cover the barley and allow it to rest an additional 10 to 15 minutes. Uncover and transfer to a mixing bowl, remove the rosemary sprig and allow the barley to reach room temperature.