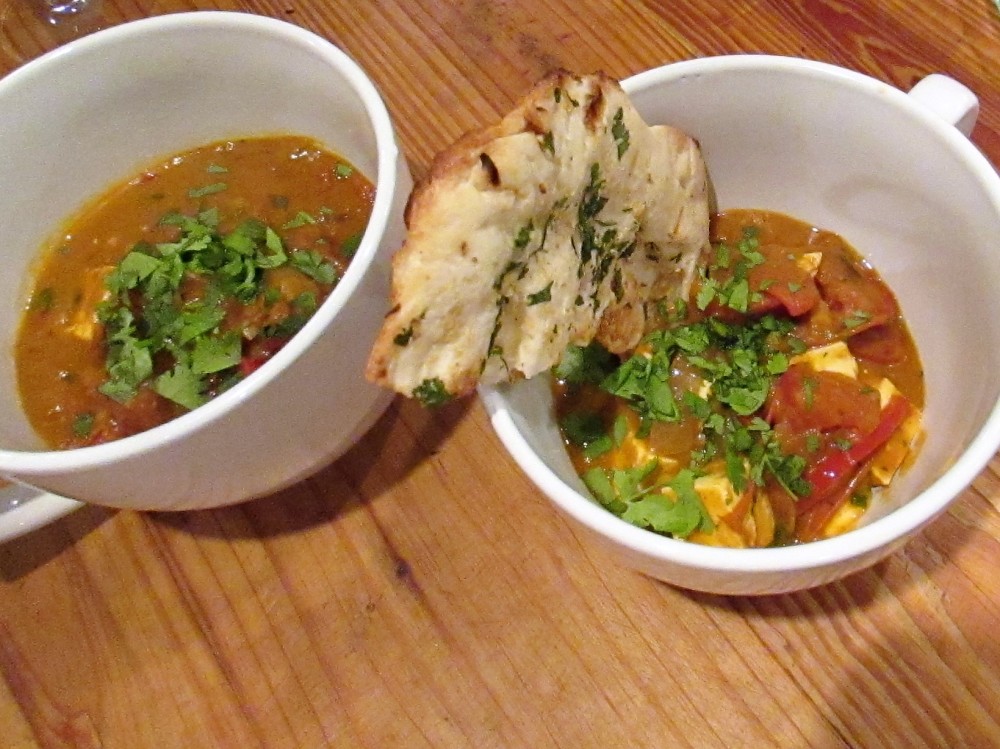 My slow cooker and I have developed a very close relationship over the past year and in fact, I’m not sure how I ever lived without her. Normally when we’re in the mood for the aromatically sassy and seductively spicy flavors of India, I create a one skillet dish that we reheat for lunches at least twice over the week. I love Indian cuisine but after a while you just want something different. So to mix things up and allow myself a little wiggle room for creativity, I decided to cook a cashew curry gravy in the slow cooker and stretch it out into two different dinners. I even had enough leftover to freeze for a super quick dinner option. The first dinner, I served the cashew curry over shredded chicken thighs and for this recipe kept it vegetarian with paneer, tomatoes, and peppers. Going forward, I think I’ll continue making my curries separately. It cut my prep time down considerably as I was able to prepare three nights worth of dinners at once and with little effort on my part as the slow cooker did most of the work for me.

Salt and Pepper to tatste

In a small dutch oven or saucepan heat the Ghee over med high flame. Add in the onions and peppers and saute about 10 minutes until cooked through and tender. Add in the garlic and ginger and cook 2 to 5 minutes more. Add in the chopped tomatoes, cashew curry gravy, and dried chilies if using. Bring to a soft boil, reduce heat, and simmer 15 to 20 minutes. Turn off the heat, add in the paneer, stir to fully incorporate, cover with a lid and allow to rest 5 to 10 minutes. Serve with Garlic Naan and garnish with the fresh cilantro.

1 tsp Garam Masala, or to taste

2 tsp Curry Powder, or to taste

1 tsp Turmeric Powder, or to taste

In a food processor, blend the cashews, Garam Masala, Curry and Turmeric Powder with the cup of stock until the cashews are broken into very small pieces. Transfer to a slow cooker set on Low and add in all remaining ingredients, except the Coconut Milk. Cook on low for 2 to 4 hours. Switch slow cooker to Keep Warm, add in the Coconut milk + one can of water. With an Immersion blender, blend the curry until silky smooth. Gently simmer the curry about 30 minutes to an hour longer or until desired consistency is reached. Taste and adjust seasonings as needed. Serve Cashew Curry over shredded chicken, your favorite vegetables, or Paneer.

Freeze any remaining curry for later use. Makes about 3 cups.