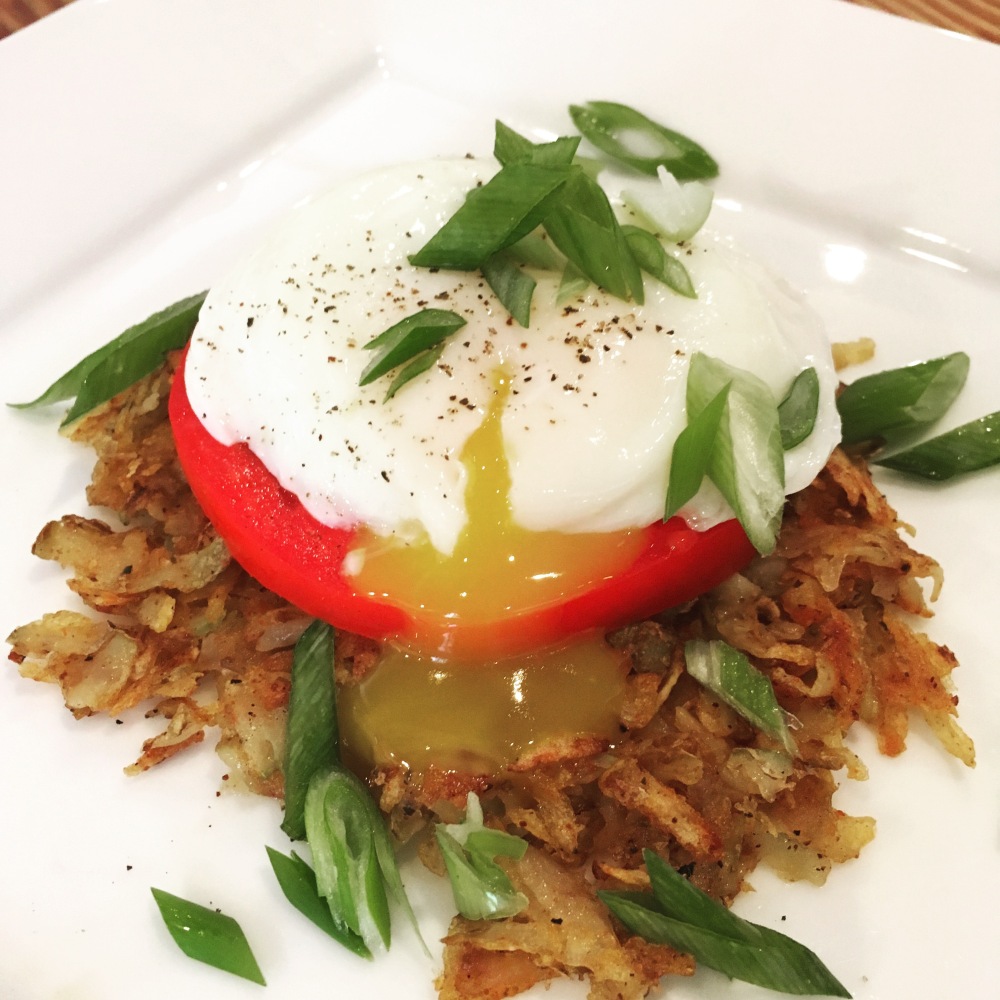 Last night was Whole30 Day 11 for me and I attempted to make a casserole for dinner with no pasta, no rice, no cheese, no milk, no sour cream. I substituted my usual and familiar ingredients with Spaghetti Squash, Coconut Milk, and Nutritional Yeast. The result was a veggie packed dinner ever so slightly over-the-top in umami. I overcompensated with salt trying to mask the coconut flavor in my sauce and the dish might have turned out as a savory bowl of Whole30 casserole comfort, if I hadn’t added crispy, diced bacon to the top of it. The bites of bacon were just way too salty and in retrospect, I should have toasted up some unsalted, slightly sweet nuts such as pecans or hazelnuts as my topping instead. Alas, the idea occurred to me two bites too late. The spaghetti squash casserole wasn’t totally inedible (we both were starving I should add), but I most definitely want a do-over before posting an official recipe.

Needless to say, I woke up this morning on Whole30 Day 12 feeling the need for redemption. Brunch always makes me feel special and this recipe definitely helped me forgive myself for last nights shameful casserole flop. What Southerner can’t cook a casserole? One committed to Whole30 apparently. Haha! Totally not in the mood for unnecessary-crispy-bacon round two, I opted for thick cut slices of tomato in my version of Hash Brown Benedict and relied on the natural juices from it and the egg yolk to stand in for the Hollandaise sauce. The homemade hash browns weren’t as difficult as I thought. So this brunch will without a doubt stay on my menu even after I’ve finished the Whole30 program.

With a cheese grater, carefully shred the potato. Transfer the shredded potato to a mixing bowl, cover with water, and agitate the potato thoroughly in the water with your hand to help remove some of the starch. Drain the potato in a mesh colander and squeeze out as much liquid as you can. Transfer the potato to a clean hand towel, wrap up, and wring out additional water as needed. Set aside.

In a large, wide pot or pan, add about 4 cups of water and bring to a soft boil over med flame. Add to the water 1 tsp of Red Wine Vinegar, if desired. Leave the water at a semi hard simmer while you prepare the hash browns.

Heat a cast iron skillet over med flame. Melt the Ghee and stir in the Spanish paprika. Add the shredded potatoes, salt, and pepper. Stir until the potatoes are thoroughly coated in the seasoned Ghee. Press the potatoes down in a single layer along the bottom of the skillet. Cook 4 to 8 minutes, then flip and brown on the other side. Continue to cook until the hash browns are crispy and golden.

While the hash browns are crisping up, crack the eggs, one at a time, into a small prep dish. Swirl the hot water with a slotted spoon, then gently drop in one egg. Poach the egg about 3 minutes for soft poached and 6 minutes for hard poached. Remove the egg from the water with the slotted spoon and set on a cloth napkin to dry. Continue with the other egg. Set aside.

To assemble the Benedict, layer the crispy hash browns on a plate, top with the sliced tomato, then the poached egg. Finish with additional salt and cracked black pepper. Garnish with green scallions, if desired. Serve immediately.